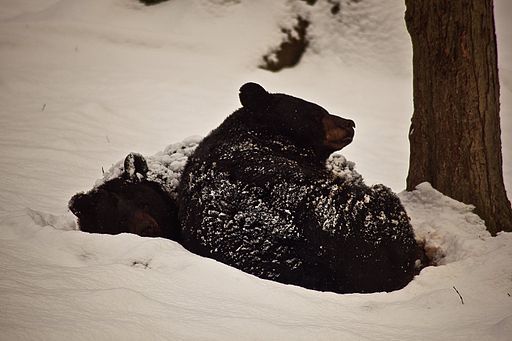 Today we woke up to a revolution of snow
—Billy Collins, “Snow Day”

Welcome to our first Churchmouse After Hours afterword. In future, we’ll post a little highlights blog after each event.

At the first-ever Churchmouse After Hours we pondered the mysteries of hoarfrost, ventured onto frozen waterways, stayed home from school. We’d chosen the theme of “winter” accidentally—before we knew we’d be gathering in a most unusually wintry January in Victoria.

Local author Terence Young read American poet Billy Collins’ delightful poem “Snow Day.” Banquo Folk Ensemble played, on small pipes and hurdy-gurdy, the Danse de L’Ours, a marvellous song from ancient European winter festivals. Back then, folks would look not to groundhogs, but to bears emerging from hibernation in February, for a hint as to how much winter they were yet to endure. Ensemble member and author Amy Reiswig described the action of the song as follows: “By the end it sounds like this bear is absolutely whooshing down the hill on a sleigh!”

Amy also shared the early-19th-century poem: “Invitation to Winter” by Mary Rolls, who was also known as Mrs. Henry Rolls, from Legends of the North; or, a Feudal Christmas. Old-fashioned rhyme, strident narrator. Here’s the first stanza:

Boast not of your blossom’d flowers
And your songsters’ jocund strain
Your ripened fruit, your glowing flowers
What are these to winter’s reign?

An audience member read Robert Frost’s “Stopping by Woods on a Snowy Evening.” A classic that I had forgotten about—I was so grateful it found its way into our evening. John Barton, poet and editor of the Malahat Review, read a haunting poem written for him by late Ottawa poet Diana Brebner, called “Snow Angels.” Patricia Young, local poet, read a winter poem by Margaret Atwood—not flattering to the season.

My grandparents lived to a great age in the cold—
O cruel preservative, the hard day beginning
With night and zero and the firewood Numbing the fingers.

I also read a dramatic excerpt from Elizabeth Simcoe’s diary about her husband, Gov. John Graves Simcoe, nearly slipping beneath an ice floe while crossing the frozen St. Lawrence River on foot near Quebec City. It was 1792. Note the even emotional register with which Simcoe relates this near miss:   Coll. Simcoe and I were going to walk to the Pont. As there was a narrow space containing water between the land & the Ice, a plank was laid across, which Coll. Simcoe had passed, & stepping back to give me his hand he slipped into the water, but luckily caught hold of the plank which supported him until the Canadians who were near & on my screaming out “Au secours” assisted him out. Had the plank given way he must have gone under the Ice & it would have been impossible to have got out. We walked to Monsr. Baby’s, & I ran home to order dry clothes be brought there.

Churchmouse is still in an experimental stage. This was our very first attempt to bring together members of the community around a theme—to read and be read to, sing and be sung to. I knew we were onto something when it turned out that a member of the community, Arifin Graham, had arrived, as had I, with the same book: Adam Gopnik’s Winter, the CBC Massey Lectures from 2011. We had each marked a different excerpt to read, mine on snowflakes, Arifin’s on childhood winters in Montreal. I was even more encouraged when, after a short break, two members of the audience decided they, too, wanted to participate. One told us a story that was a variation on ‘stone soup’—soup is a winter meal, of course! The other had found a wintry passage in a book while browsing the shelves.   As it happened, we had to cancel February’s After Hours due to a day-long snowstorm—nearly unheard of in this part of the country!—which had made sidewalks and streets treacherous. I can’t help wondering whether our January theme had created such a swirl of creative energy it somehow conjured these thick clouds and falling flakes …

We're not officially thinking winter thoughts anymore (though I am, as I polish up this post, in still-wintry Ottawa on a family visit during spring break) but I just came across this great roundup of winter poems: