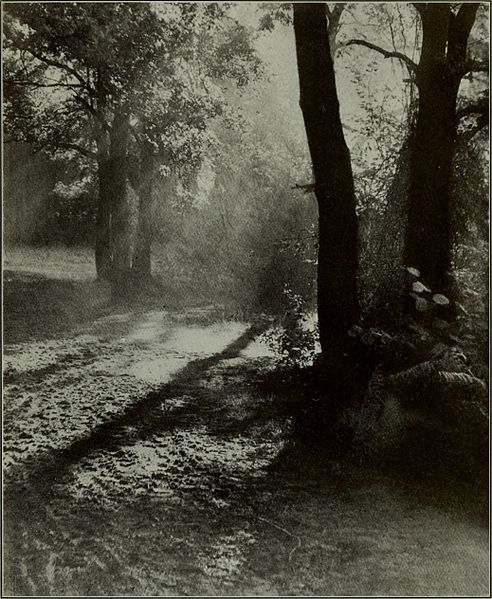 Rob Winger’s poem, “Liquid Light,” from his 2007 book Muybridge’s Horse, investigates the early photographers’ role as “necessary chemists.” In his poem, Rob imagines Eadweard Muybridge, the photographer whose work laid the groundwork for motion pictures, at work with photo development substances such as cyanide and pyrogallic acid.

He writes, “in his early darkrooms, Eadweard births outlines.”

Since our After Hours Coffeehouse in March, during which we oscillated between Light and Dark, I have been thinking about this alchemy, of “birthing outlines” in darkness. It calls to mind wombs, stars, ideas, and all of us swirling in what can feel like an amorphous existential darkness, grasping for the shape—the discernible outline—of a meaning. Some discovery or pulsing possibility. A vision. A flash—that’s all, that’s thrilling enough—of understanding.

It’s almost overwhelming, in a good way, to revisit that evening in March. We let “Light” by Rabindranath Tagore (who won the Nobel prize for literature in 1913) wash over us: “Light, my light, the world-filling light.” We grasped for light in William Henley’s “Invictus”: “Out of the night that covers me, / Black as the pit from pole to pole”. We had Robert Frost’s uncertainty played out for us strong and clear as he “tried the new moon tilted in the air” and “put it shining anywhere” he pleased. We remembered Leonard Cohen’s winning refrain, “There’s a crack in everything. / That’s how the light gets in.” We “saw the light” as we had Hank Williams sung to us (thank you, Kim Harrison!).

Mike St. Yves brought us Razan Sid Erani’s “Light,” in which the author asks: “What if the dark side isn’t dark but pure white light…/A perfect disguise?” He followed that “darkly” profound question with something a little “lighter”: Ellen Degeneres’ quip on the moment when God, in the creation story, switches on the lights. Ellen: “God said, ‘Let there be light!’ And there was light. There was still nothing, but you could see it a whole lot better.”

Any joint consideration of light and dark leads to questions of competing realities, flip sides, the inherent contradictions in the human condition, and the universe as a whole. We met with both the light and shadows of spring, as John Lucas generously shared with us his conflicted yet deeply meaningful relationship with the season; and as Michael Arsenault sang a stirring rendition of Rodgers and Hart’s wisfully melancholic song “Spring is Here”: “Spring is here. Why doesn’t my heart go dancing?” We pondered the darker episodes in the myth of Orion, that “handsome giant and mighty hunter,” as he’s described in my Bullfinch’s Mythology, who was gifted from his father Neptune the ability to wade through the depths of the sea—but who committed questionable acts in the name of love, possibly more than once!

I was delighted to share Phyllis Webb’s “The Colour of the Light,” in which a man bends “to light a cigarette”: “With what succinct ease he joins / himself to flame!” And also to bring Louise Moray Bowman, a too-little-remembered Canadian poet—she lived from 1882 to 1944—briefly back into the light, as Vancouver author Aislinn Hunter did with her beautiful essay, “Life hum and fearlessness,” in Arc Poetry Magazine no. 58, published in 2007. Here is the start of Bowman’s poem “Moonlight and Common Day”:

Listen—you very few who will care to listen—
And I will tell you a story
Of moonlight.
Don’t imagine because I try to tell stories of moonlight
That I am a poet—neurotic and mystic—

As for me, neurotic and mystic I may be, but I am grateful to all of you who come to After Hours, and come back, again and again, willing to listen.

Next up for the After Hours Coffeehouse:

image: Morning Sunshine, by Frank L. Huson, from The American Annual of Photography, 1911. (Tenant and Ward, Harold B. Lee Library.) Excerpt from text following the image: “in the dark room. You may succeed in getting a negative of the coveted scene. If not successful you will have made an effort at least.”