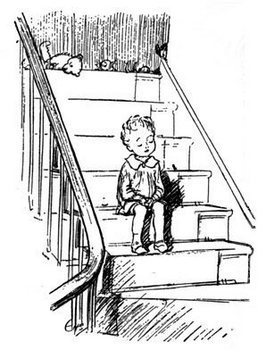 “In the country where I now live, there is no word for home.” That’s the first line of Isabel Huggan’s 2003 memoir Belonging: Home Away from Home.

As we prepare to confront the power of the sun at Churchmouse After Hours in approximately 17 hours from now (7pm Wed evening!) my mind is turning to the last two times we’ve gotten together for stories, poems and music. Last month we cavorted with orcas in the Salish Sea—more on that later.

First I’ll share a bit about what happened in May.

When we decided on “Belonging” as the May theme for Churchmouse After Hours, I immediately turned to Belonging, a book I’ve read twice through, at different times in my life when questions of belonging were top of mind.

Huggan is Canadian, but has lived outside the country for a long time, many of those years in the foothills of Cévannes, in the Languedoc region of France, a place where her husband—not she—felt instinctively at home. But where and what makes home? How does a person come to feel they belong—somewhere, anywhere? And what is at the heart of this human need to belong, the all-too common failure to find belonging? What’s the secret ingredient? Family? People? Involvement? Connection to a landscape (or even ownership of land)?

With Huggan’s first line you’re reminded that—yes, of course!—language is part of the equation. Can you be understood at the cheese shop, glean what you’re told at the doctor’s office? Can you share friendly chit-chat with your neighbour? Can you catch nuance, make a joke? Can you relate to the way language works here? Can you communicate with enough clarity and depth to make a true friend in this place?

By the second page of her memoir, Huggan describes, with some relish, the unusual history of the stone house in which she lives, which was once “home to silkworms, hundreds upon hundreds of them, squirming in flat reed baskets laid on layered frames along the walls in what was then the magnanerie, a place for feeding silkworms, and is now a bedroom.”

Huggan might have learned by happenstance that her house was once a silkworm factory. But she’d have gone to some effort to learn what that meant, in detail. For a certain kind of homemaker, to know about the ravenous silkworms fattening up on mulberry leaves in the space she now inhabits, to know in which rooms the cocoons were spun, the sacrifices made, would be critical. Pay dirt for the psychologically or emotionally homeless. A way to connect, to move through the house thinking: I know what ghosts you contain.

Our call to delve into questions of “Belonging” brought to the fore the voices of Cavafy (“You said, ‘I’ll go to another country, go to another shore, / find another city better than this one’”), Hafiz and John Masefield (“My mark’s the gypsy fires, the lonely inns / an’ jes the dusty roads”). There was belonging by force of will; there was denial of belonging, through politics, war, economics. We had Auden’s “Refugee Blues” read to us, as well as Naomi Shihab Nye’s “Kindness.” Terry Ann Carter, who read that one, said she wanted to talk about an emotional place, the sense of belonging to a “tribe.” Here’s part of that poem:

Before you know what kindness really is
you must lose things,
feel the future dissolve in a moment
like salt in a weakened broth.
What you held in your hand,
what you counted and carefully saved,
all this must go so you know
how desolate the landscape can be
between the regions of kindness.
How you ride and ride
thinking the bus will never stop,
the passengers eating maize and chicken
will stare out the window forever.

Among the selections I brought to share were excerpts from Jennifer Manuel’s recent novel The Heaviness of Things that Float, told from the perspective of a white woman who has lived and worked as a nurse in a fly-in Indigenous community for 40 years. The question the narrator worries as she prepares to finally leave her post is whether she ever came to truly belong here—whether she was accepted. The question vibrates with so many other possible questions, so many difficulties to do with our history—but it could also be transplanted into a dozen other contexts and resonate with a similar though altered force.

I also read from a recent National Post article by Betty Ann Adam, about her experience as a child of the Sixties Scoop, when large numbers of Indigenous children were adopted to non-Indigenous families. Regarding a Grade Six lesson on the “First Peoples” at her elementary school, Adam writes, “I had felt proud that were learning about my heritage, but when one of my non-native classmates told me I was mispronouncing the name of my own people, Chipewyan, I was embarrassed and ashamed. I could never be white, but it seemed I wasn’t really Indian, either. Who was I?”

Knowledge can make all the difference. Correction: knowledge combined with experience—experience of and in a place, knowledge of its history, and its stories. The two sometimes don’t exactly cohere, and once you have some sense of that, of how the stories people remember and pass down match or conflict with the official histories of a place, you really begin to know it. But even then, if you come “from away”—or if your own parents, grandparents or even ancestors came from away, if your ancestors stole a place from another group of people—do you, can you, truly belong there?

One of the contributions I keep turning back to from that evening was read by Kim Foster, the manager of Churchmouse Books. It was the poem “Halfway Down” by A.A. Milne. Milne was brilliant at poems that thrum with the realities of childhood, that speak directly from that place—that belong in the world of the child, balancing on a wobbling tray of silliness. But Milne’s poems, often even the outwardly goofy ones, bristle and tingle with meanings that hover just out of reach—

And so, I ask you, is a stair—a “halfway stair” at that—any place to belong?

Or is my question not quite the right one?